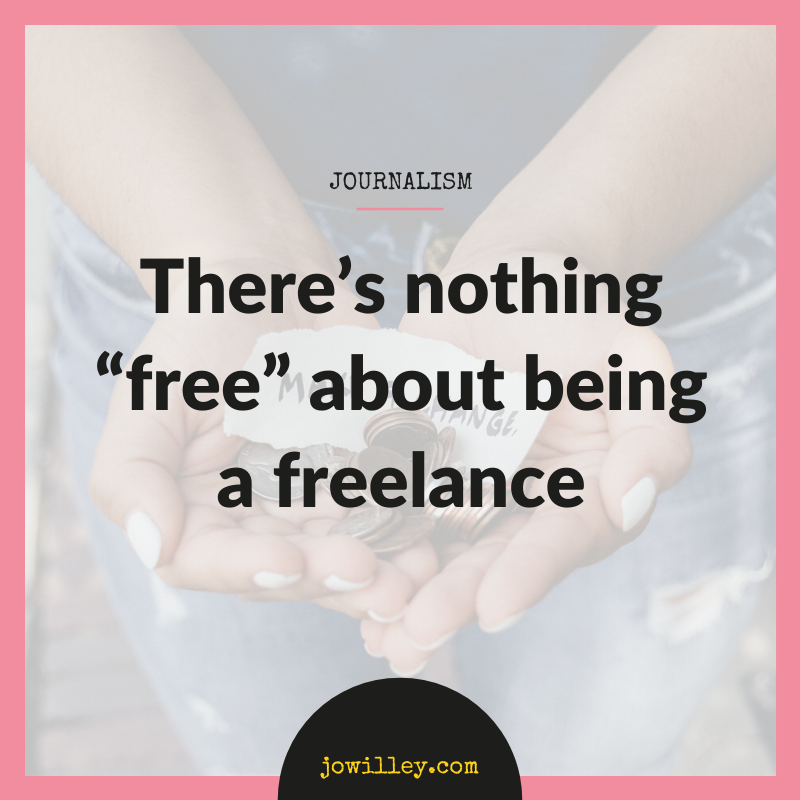 I got a bit cross when I read this article that had been flagged up to me by a health journalist colleague on LinkedIn.

The piece told of Stacey MacNaught, a self-employed online marketing consultant with more than a decade of experience who revealed how she is constantly inundated with requests to work for free “for exposure” – whatever that vague term means.

It really touched a nerve. Not just because I am a freelancer who runs her own successful media consultancy business.

And not just because a whole host of friends and colleagues – particularly my army of fellow freelancers in The Difference Collective – are also working for themselves.

But because I know that the nature of work is changing.

You don’t need to take my word for it – it’s official. The number of people working for themselves is continuing to rise.

In fact, 4.8million of us are now self-employed – up from 3.3million in 2001, according to the Office for National Statistics.

That represents more than 15 per cent of the labour force and is likely to be an underestimate (the very nature of being self-employed with sometimes varying earnings can make it difficult to accurately report income).

What do these figures tell us?

Attitudes must change to keep up

Well, obviously they tell us that almost five million people in this country – for whatever reason – are working for themselves.

But they also tell us that this is a growing labour force – and with that growth comes the need for change to ensure they are being used and paid properly.

The need for a freelancer will most often arise when a company requires extra support.

They have a gap to fill or currently don’t have a capability that they need.

Yet, according to research by the Association of Independent Professionals and the Self-Employed (IPSE), almost half (43 per cent) of self-employed people have given their time for free.

This rises to a staggering 86 per cent of those in the creative industries. That includes journalism. And PR.

“Everybody’s work has value and it’s right that they should be paid for that. It’s common practice in certain sectors to ask for unpaid work but that doesn’t mean it’s okay.”
– Jonathan Lima-Matthews, senior policy adviser at IPSE

So how do we stop this unfair practice from happening?

You wouldn’t go to the supermarket and expect to walk out with a basket of shopping without paying for it.

There would be an outcry if a boss decided to stop paying staff for working on Mondays because they should be happy to have a job.

Not paying freelancers amounts to the same thing.

Sometimes people may feel they have to accept a lower rate for fear of losing the work altogether.

Some may see giving a client “a freebie” as a worthwhile investment for them: I might get more work in the future.

But “might” is the key word here – and in my experience, it just doesn’t tend to work like that.

Not earning money is the constant fear of every freelancer.

And that is exactly what is being taken advantage of here.

Have I done things for free? Yes. But only for well-known clients who give me regular work. And within limits.

But I have also told countless others that they will have to pay me if they want to “pick my brain”.

I have also turned down work completely when asked to reduce my rate.

I understand it is an individual’s decision and will depend on the circumstances.

But it most certainly shouldn’t be the norm – which the statistics seem to show it currently is.

“I always wondered why somebody didn’t do something about that and then I realised I am somebody.”
– American actress and comedy legend Lily Tomlin

How to drive change

Ultimately, I believe no one should be asked to work for free or to lower their rates.

I believe it amounts to respect for a person, their experience and their expertise.

Companies who do it should have a rethink about how they treat this incredibly valuable resource.

But there also needs to be a concerted effort by all of us self-employed (and don’t forget we’re an army five million-strong!).

We need to refuse to work for free. Period.

The wider knock-on effect of even one person working for free – a bit like herd immunity with vaccinations – is that it ripples out to everyone else trying to charge for their time.

So my big ask from all my fellow freelancers – and those that employ us? Let’s pay and get paid and ensure the free in freelance isn’t taken as literally as it currently is.