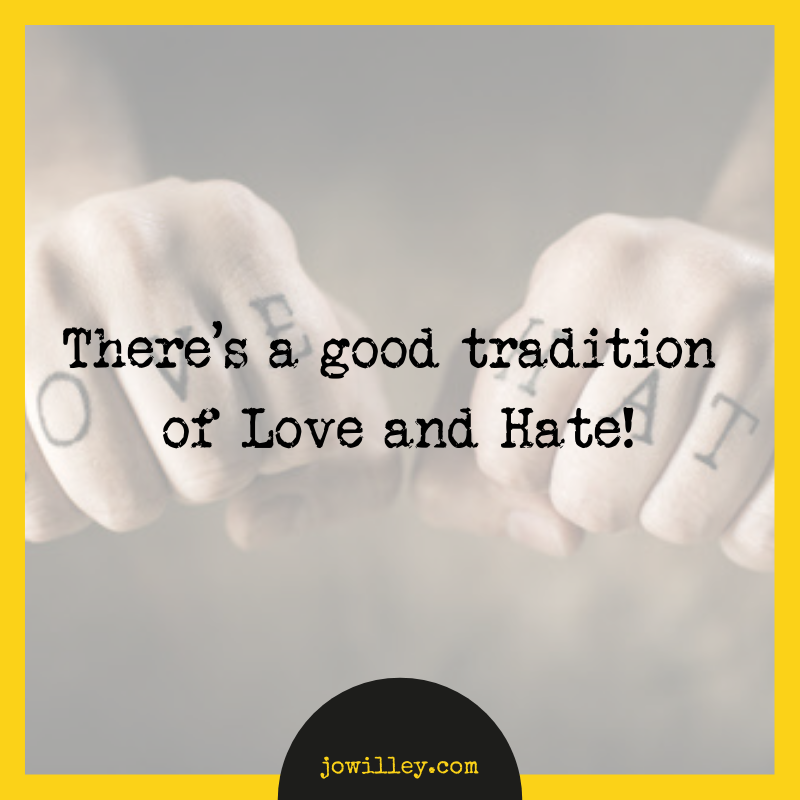 (I’m showing my age here fact fans, but keep on reading if you want six Top Tips about how to make it more about the love).

There has always been a love/hate relationship between journalists and PRs. But when it comes to the crunch, journalists often do rely on PRs as an important source of regular stories.

So what should all PRs be doing to ensure they become – and continue to be – a reliable and credible contact to journalists, able to supply exactly what they need when it comes to good quality news stories?

Here are a few handy hints about how to help get the delicate relationship settled on a relatively comfortable footing.

One of the biggest bug bears of busy journalists is that most PRs inundate them with irrelevant, dare I say sometimes pointless, stories. This puts huge strain on an already precarious relationship.

TOP TIP #1: Do your homework. Make sure you are targeting the right journalist with the right information for their audience.

Often firms have collated a database of journalists or use the increasing-in-numbers “media databases” such as Gorkana, DWPub, PR Newswire etc. This tends to give a “scattergun” approach which inevitably hits the wrong targets. What you then get is the hated collateral damage, in this case irritated journalists questioning why they have been sent a press release about a new vitamin pill when they write about defence for example.

TOP TIP #2: Nothing can replace the age-old technique of getting to know who you are targeting. Know what they write and who their stories are aimed at. Be thoughtful and knowledgeable in your approach.

Another major source of annoyance for time-pressed and deadline-tight journalists is the phone, email, voicemail, email, phone technique. As a busy Health Editor covering all the health and science breaking news stories for a national newspaper, I could often write one or even two potential front pages a day as well as 4 ish page leads and a couple of “fillers”. For those who don’t know what a massive workload that is, even on a tabloid, it is rocking up somewhere around the 5,000 words a day mark. I also used to receive 200+ emails a day, have to deal with some immediately, save others for another day, reply to many and ignore most. If every PR who had sent out one of those releases did the “phone, email, voicemail, email, phone technique”, I would have got few, if any, of those 5,000 words written for deadline.

TOP TIP #3: Make your press release as hard-hitting and informative and punchy as possible. If it does that, a journalist will be contacting YOU saying “give me more please”.

It’s not what you know but who you know is still just as relevant today as it has ever been. It means your knowledge and skills are less useful than your personal contacts. And in the new age of 24-hour media, that appears to have fallen by the wayside.

TOP TIP #4: Journalists don’t bite. At least, not often. Some are obviously more approachable – nicer – than others. But give them a story they love and then use that as a bridge to get a face-to-face meeting with them. We all love to put a name to a face. Trust is gained more when you meet someone in person and they are friendly and approachable and most importantly clearly know what they are talking about, what you’re interested in as a writer and know they have something else up their sleeve coming up for you. It builds up a new level of trust and is a tactic which should be abandoned at your peril.

And by getting to know someone, I don’t just mean personally. Something that used to frustrate me considerably when I was still bashing out thousands of words late afternoon was getting a non-urgent call about a story for the following week – just an hour or sometimes less than an hour before deadline. If you’re scared of being hung up on or being shouted at by a journalist, there is one really, really important thing to know. DO NOT CALL THEM ANYWHERE NEAR THEIR DEADLINE.

TOP TIP #5: Get to know your key journalists. What time they start work. How many stories can they write in a day (ie has yours any chance of being even read). And most importantly, what time is their deadline. If it’s that same day, don’t call until the following morning. Especially if the story is embargoed for days later. Knowing whether they are on a daily, weekly, monthly – or more likely nowadays an immediate – deadline, can not only tell you when not to disturb but also when they might just spare the time to hear your pitch.

Another regular complaint from journalists is that PRs often have no idea about the subject they are actually pitching about. Unfortunately, this is often – although not always – the fault of the “powers that be” in firms rather than the individuals themselves. Junior employees are often lumbered with the unenviable task of pitching to journalists like it is some kind of rite of passage. They are often given a “script” or are provided with the briefest of information so have little, if any, real knowledge about what they are “selling in”.

TOP TIP #6: Have the person who knows the most about the press release do the ring-round. On the occasions that I have thought something sounded interesting from an on-the-phone pitch, I can’t tell you the frustration of having a clearly young and inexperienced person audibly blanch when I start to quiz them about the finer details which they clearly cannot answer. This has no value to me and may in fact have the opposite effect of wasting my time and making me less receptive to any help someone else can give when my brain has already moved on to the next demand.

Helpful tips? Click HERE to read my blog about just what makes something newsworthy or not.